The Kitman Plan for Peace in the Muddle East

With the new EXIT strategy for dealing with the Afghanistan-American War, now in its seventeenth year, soon to be followed by a RE-ENTRANCE strategy when the Leader of the Free World (aka, His Orangeness, President Trump ) sits down at his Twitter feed one morning announcing he's changed his mind, we of the Justaminutemen are calling your attention to an essay by it’s founding father that may give insight into resolving a perennial problem . 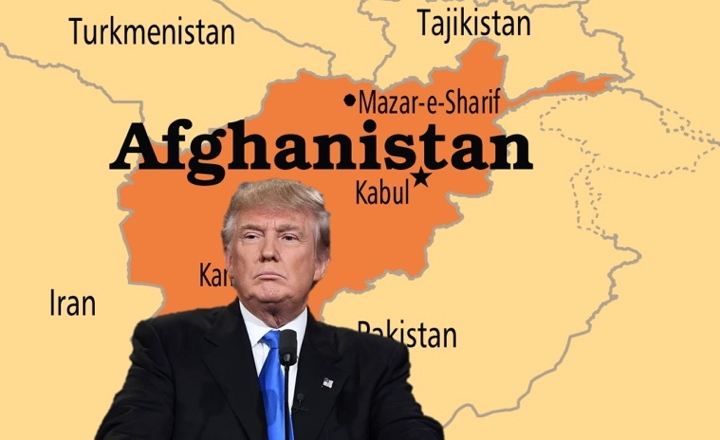 For the last few years, there has been a debate about whether we should stay the course or cut and run in the Middle East (Afghanistan, Syria, Iraq, whatever). We’ve been in or out the last 17 years of what began as the so-called Iraq War, which could be our first 100 Years War. We’re in, we’re out with a revolving door policy. Administrations can’t quite make up their minds, leaving us folks at home confused by what is perceived as the Muddle East. I have a better idea .

The Kitman Going and Coming Plan is a way to bring the boys home and let them stay at the same time. The key is we’re talking about a two different sets of boys.

Step one is winning the war of nomenclature.

At the beginning of the Vietnam War, we didn’t have troops in South Vietnam, but advisers. I would stop referring to our forces as “soldiers“ or “marines,” but try “military contractors.”

At one time in the Iraq War, we had approximately 125,000 civilians in harm’s way, helping bring democracy to Iraq at a profit. Making contractors a branch of the armed services, like the Coast Guard, will represent an immediate surge in our commitment. Whether they were oil workers, truck drivers, management consultants, or trained killers, local people have always perceived them as CIA, only now they’ll have a different mission.

As our boys are rotated out, brigades of contractors would replace them. Costs for the all-volunteer contractor branch of the service were already buried in the Defense Department budget, so taxpayers would hardly notice any added expense for our new contractors of fortune.

Out-sourcing is an old-fashioned American way of doing business. It is time we officially got the government out of what used to be seen as legitimate government business (protecting us from our enemies). Give the job directly to patriotic organizations like Halliburton Inc.

There is precedent for this plan of bringing private enterprise into solving foreign policy issues. The British conquest of India in the 18th and 19th century was accomplished by the East India Company. In exchange for big-returns, it paid all the costs of the many wars that made India such a profitable part of the empire. East India Company stockholders, thus, gladly found themselves footing the bills for all army and navy special operations, in exchange for 8% dividends.

The second part of the Kitman Plan deals with the shortage of manpower in the armed forces, which will have to stay on duty while Team USA Contractors are being trained to take over their duties.

Apparently, there have been problems recruiting sufficient number of personnel for an all-volunteer army. One solution has been for the Army to lower its standards to accept volunteers who have committed petty crimes. Let the courts, I would argue, give defendants the choice of going to prison or the Middle East. Service in the Middle East would be the equivalent of the get-out-of-jail free card in Monopoly.

I would go further and draft volunteers directly from prisons.

This will serve two functions:1. Relieve overcrowding in the prisons, a problem in many states. 2. Provide a large untapped pool of manpower.

My modestly named Kitman Rehabilitation Act would give men a chance to serve their country and be killers at the same time, which should provide an outlet for those inmates with repressed homicidal tendencies.

“Uncle Sam Wants You” posters in the prison gyms and TV rooms would remind inmates of the return to success opportunities. The slogan would be “Start as a jailbird and come home as A hero.“ Remember the prisoners who participated in yellow fever/ malaria experiments in the building of the Panamas Canal!

I would give the new Middle East replacement units patriotic names like The Millard Fillmore Brigade or the Franklin Pierce Brigade, in the style of the Abraham Lincoln Brigade that fought in an earlier unrecognized civil war.

A few details have to be worked out, for example, whether the men will be allowed to return to the country because of their prior prison records. If no, they could be encouraged to settle in, say, Iraq where they can continue to deliver the message that democracy works, sharing skills they learned in prison, such as license plate making.

There is historical precedent for this, too. In the 18th century, the British legal system thinned out its over crowded prison population through transporting them to the colonies. Thus, some of the finest families in Georgia and Australia were founded by deportees.

I see the main job of the coalition of contractors and ex-cons as building cities for themselves in the deserts out of harm’s way. Instead of calling the new military posts things like Fort Leavenworth or Camp Chaney, I’d call them leisure villages, with names like Scottsdale East or Century Village.

Admittedly, my plan is based on the French Foreign Legion, which was a home for the scum of the earth and other undesirables who fought France’s battles around the world, which might be the future of our country’s armed forces after opening that can of worms in Iraq so many years ago. But I’m sure President Bush knew all about this, having honed his foreign policy smarts by watching “Beau Geste.”

If all of this sounds ridiculously absurd, try watching the Trump administration foreign policy experts enthusiastically blaming Obama for losing Iraq and for whatever else will be going wrong in the Muddle East.

These proposals were previously published in the journal “CounterPunch” and are being re-printed here as a public service following the editor’s suggestion, based on the biblical injunction, “Go forth and let it multiply!”